Carter J. Auslander and Associates is a nationally licensed and credentialed public adjusters firm doing business out of the Chicagoland area since 1916. We are a family-owned business comprised of multiple generations of insurance professionals, each mentoring and building upon the claims processing expertise and related specializations of the ones before it.

As public adjusters, Carter J. Auslander and Associates serve as an advocate on behalf of you—the insured. We work with your insurance company and their various representatives to settle your property insurance claims, no matter the size, scope, geography and/or complexity.

With our experience and knowledge we are able to understand the intricacies of the policy terms in order to properly prepare, file, negotiate and deliver the maximum financial recovery.

The most time- and cost-efficient way to restore normal operations and routines is to have an experienced and trusted advisor at your side.

National in Scope, Local in Approach

We are headquartered in Chicago, Illinois, and maintain active licenses in more than one-third of U.S. states and counting. We also proudly have a deep network of claims experts and related resources that can be in your local market and at your side when you need them. Wherever, whenever.

A Century of Specialized Claims Expertise

WE PLAY IN THE GRAY.

Ross Auslander, President of Carter J. Auslander and Associates, is a licensed Public Adjuster since 2004. Prior to joining the family business, Ross worked at Mesirow Financial in various capacities including the insurance division. During his time there he built a strong foundation in the insurance industry.

Since joining Carter J. Auslander and Associates, Ross has demonstrated his continued ability to be an asset to the company and taking on leardership roles. Ross is responsible for handling the overall adjustment of property claims and heads up all Business Interruption claims.

A graduate from the University of Wisconsin-Madison in 2000, Ross has continued to further his education at the Hartford School of Insurance, Northwestern – College of Continuing Studies (Accounting), and the Insurance School of Chicago. 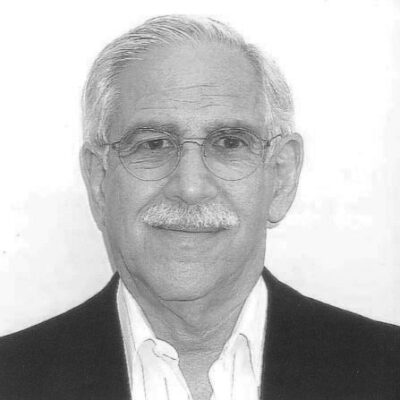 Carter began working for Alpine Construction Company in 1972, where he managed reconstruction projects, obtained city building permits and built his foundation in the business.

In 1980, he began his work (partnership) at Hoffberg, Spak & Associates, later known as Theodore Spak & Associates, and now known today as Carter J. Auslander and Associates. In 1982, Carter was asked by the state of Illinois to sit on the Public Adjuster Test Committee. Carter has, to this day, continued to assist the Illinois Department of Insurance in writing the Public Adjuster test, which is required to be licensed in the state of Illinois. He continues to be a trusted advisor on this committee.

Over the course of his work he has helped adjust losses for both business and residential property owners throughout the country. He has adjusted claims from major catastrophes such as Hurricanes Gilbert, Hugo, Andrew and Katrina and has also worked on earthquakes as well as fires and other storm losses throughout the USA, Mexico and Caribbean. Carter has assisted in adjusting claims ranging from $10,000 to $50 million and more than $500 million in total. 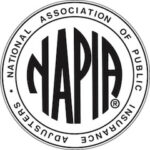 A proud member of the National Association of Public Insurance Adjusters

We specialize at handling all types of commercial building claims.

We have decades of experience handling homeowner & multi-family residential claims.

Ensuring Your Personal & Professional Continuity
When your home or business has been damaged, retaining a professional public adjuster will prove to be an invaluable first step forward in the claims process.

Whether by fire, windstorm, water, or any myriad of other natural or man-made insured perils, life is routinely and often severely interrupted. The immediate aftermath following such a loss is a highly stressful and uncertain period for any person and/or business.

LET’S TALK. LET US KNOW HOW WE CAN HELP YOU.